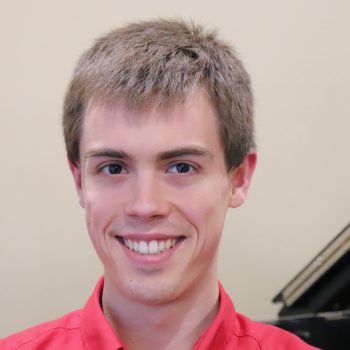 Stuart Evans is a senior at the University of Idaho where he has studied piano performance the past four years under Dr. Rajung Yang. A Moscow native, Stuart graduated high school from Logos School and studied piano with Sandra Mauchley for seven years prior to attending the U of I.

Over the past four years at UI, Stuart has performed in multiple music school convocations, premiered student compositions, played for masterclasses, studied organ, and accompanied the men’s chorus along with individual singers and instrumentalists. In addition, he has competed at Musicfest Northwest in Spokane, WA and taken part in the Northern Idaho Piano Festivals. Passionate about pedagogy, he has been involved with the Music Teachers National Association UI chapter and has taught for UI’s preparatory division.

With a love for chamber music, Stuart has played in many piano and piano/string ensembles, both at UI and through the Palouse Chamber Music Workshop. For a number of years, he has been musically involved with several local churches, playing the piano, organ, and keyboard in different capacities. This last school year, Stuart accompanied the Moscow Emanuel Lutheran Church Choir and the Palouse Choral Society Children’s Choir, and this past summer he played keyboards for the Bigfork Summer Playhouse, a live professional theater in Bigfork, MT.

In addition to music, Stuart also has diverse interests in math, quantum physics, and cognitive psychology, and dreams of weaving them all together into a future business career of teaching, collaborating, research, and writing.